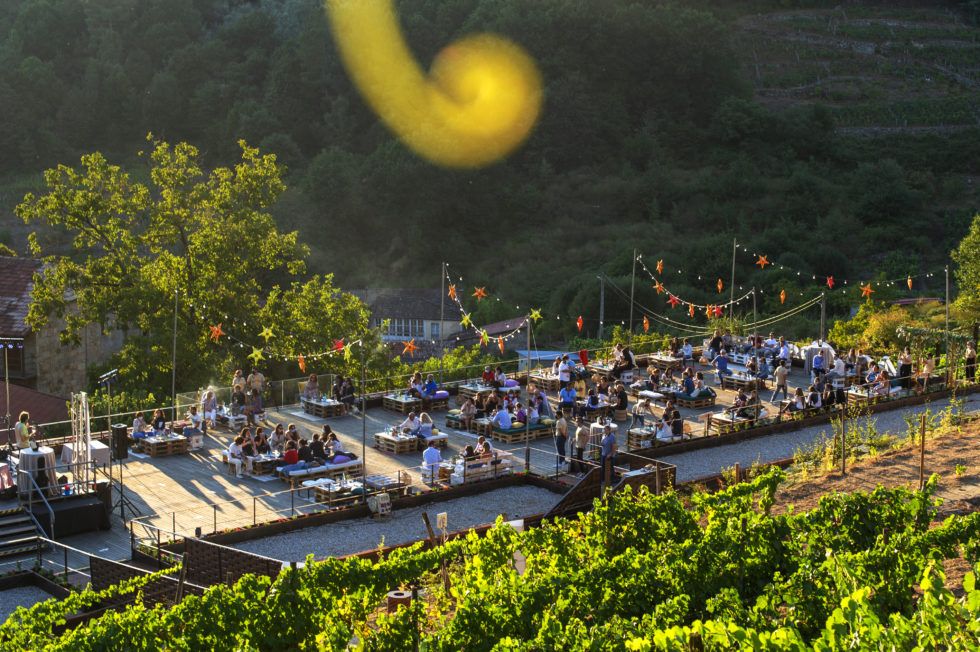 Vía XVIII or Vía Nova was crucial during the Roman Empire on the Iberian Peninsula. Back then, vine growing and other Valdeorras riches were part of a way of life which would evolve up until now through its wine culture. As a tribute to that heritage, Viña Costeira is launching a new red wine, made […]

If traveling and relaxing is a pleasure, visiting Ribadavia and its surroundings is a privilege. Good weather, colored landscapes to get lost and, of course, lots of water. River Miño has here one of its most spectacular sections and Laias spa is perfect to dive into the most enveloping relaxation. Sounds tempting? Viña Costeira makes […]

Viña Costeira’s harvest is finished, being its 51st vintage with a similar result to last year’s: “limited quantity, lots and lots of quality”

Mid-september is, to many, a key time to get back to the normal rhythm of life, days grow shorter and we tend to set new goals while we enjoy the last rays of summer and its neverending light. For many others, those grape growers who are always checking their vineyards, the grape’s health and its […]

Every August the Perseidas NIght (Noche de las Perseidas) is celebrated, most commonly known as San Lorenzo’s Tears. The Perseids are remainders of the 109P/Swift-Tuttle comet, which results in a magical meteor shower. To enjoy this unforgettable night, at Viña Costeira we are celebrating the Perseids Night’s second edition, on August 9th at 8 pm […]

New award for Viña Costeira’s winery, in this case, for Colección 68, one of its most elegant white wines, which was born as a tribute to the founding members in 1968.                   Last July, the Berliner Wein Trophy was celebrated, one of the most recognised wine contests in Europe, where wines from a variety of […]

As we celebrate Viña Costeira’s 50th Anniversary, we redesign our website and improve it in every way possible. We give you all the details! Attending both to the current trends as well as to the digital transformation process in which we are immersed, Viña Costeira keeps on taking firm and decisive steps in its digital […]

In its second edition, over 100 people share a night full of magic, with an event growing stronger as one of the most expected days of summer. Each August, Perseids phenomenon turns the already magical summer nights in a perfect opportunity to enjoy the surroundings peace and the endless beauty of the sky, since its […]

New establishments from seven towns in Galicia adhere to Viña Costeira’s initiative I Ruta Momentos Extraordinarios (Extraordinary Moments Route) that rewards everyone who enjoys a Colección 68 white wine. Taking part in it is very easy! Collect ten consumptions, you will be given a free bottle and you will have the chance to win a […]

In early July we attended the Galician Day of Cooperatives 2018 at Porriño. Here, we received the Best Business Development Award in a great year for the Cooperative in every way possible. With the theme “Sustainable consumption and production through cooperation”, the Cooperatives Day’s aim is to move forward towards the goals for the sustainable […]